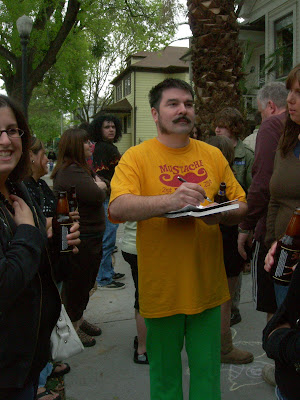 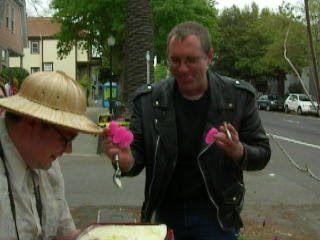 There were unusual snacks like peep and peanut butter sandwiches, chicken marinated in colon cleaner, and sour cream, chive, and peep ice cream which I didn't try not so much because I was hung over and it sounded disgusting as that it was made with chives from Smitty and Skipper's front yard. 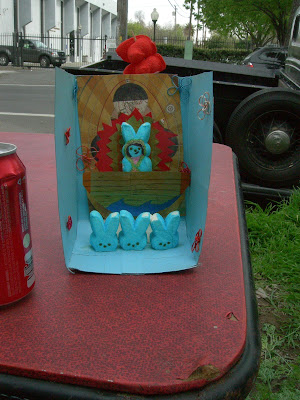 Our Peep of Guadalupe 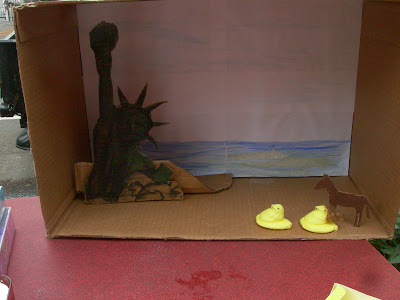 Heston Peep
The winner drove up from Santa Barbara and ate 45 peeps scoring her The Old Peep and the Sea, an original painting by Muggs. G Bomb and Andy made some pretty stellar dioramas as well as far as art was concerned. The second place winner ate 30-some peeps barfed 'em and re-ate them and in the end took home nothing. Almost ain't the same as winning I guess. 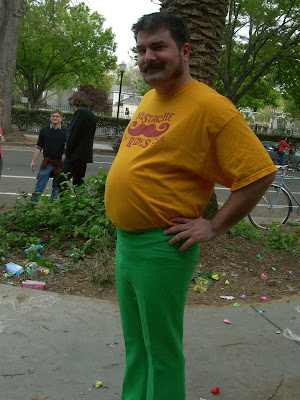 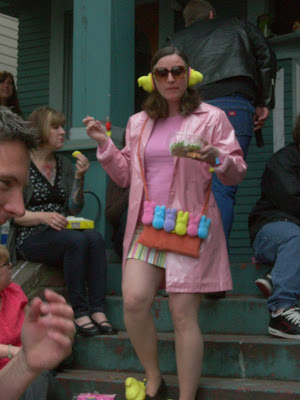 Jax stole the show in the fashion category this year despite Smitty's flamboyant ensemble. Jax was to THE LAST PEEP OFF EVER what Shirley Temple-Black was to the Tournament of Roses; stately, elegant, graceful. A real lady.

The last contest of the day was won by Smitty himself. 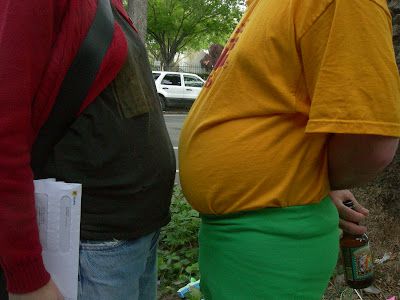 I thought the winner ate 65 peeps, with second place being 60.

maybe, we should ask smitty. he has the official roster.

1st Prize: Old Peep and the Sea painting that Marletta did.

2nd Prize: Nothing, you loser!